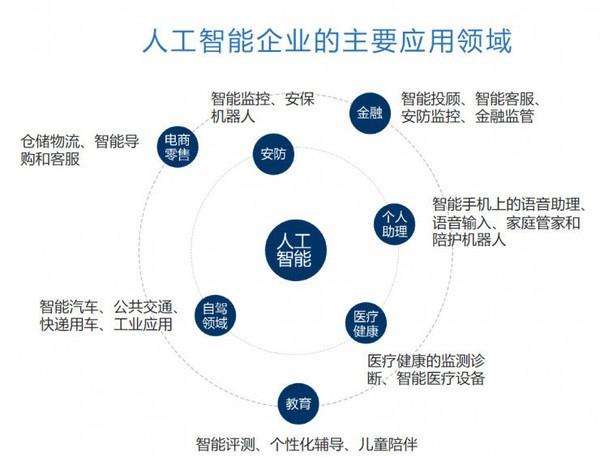 Now that we know how information gets processed, let’s see where AI appears in the real world. AI manifests itself in various different forms across multiple fields, so it’s important to understand how it’s useful in various domains. AI has been used across many industries and it continues to expand rapidly. Some of the most popular areas include:

It is important to understand the various fields of study within AI so that we can choose the right framework to solve a given real-world problem. Here’s a list of topics that are dominant:

When a system makes an observation, it is trained to compare it with what it has already seen in the form of a pattern. For example, in a face recognition system, the software will try to match the pattern of eyes, nose, lips, eyebrows, and so on in order to find a face in the existing database of users.

The legendary computer scientist and mathematician, Alan Turing, proposed the Turing Test to provide a definition of intelligence. It is a test to see if a computer can learn to mimic human behavior. He defined intelligent behavior as the ability to achieve human-level intelligence during a conversation. This performance should be sufficient to trick an interrogator into thinking that the answers are coming from a human.

To see if a machine can do this, he proposed a test setup: he proposed that a human should interrogate the machine through a text interface. Another constraint is that the human cannot know who’s on the other side of the interrogation, which means it can either be a machine or a human. To enable this setup, a human will be interacting with two entities through a text interface. These two entities are called respondents. One of them will be a human and the other one will be the machine.

The respondent machine passes the test if the interrogator is unable to tell whether the answers are coming from a machine or a human. The following diagram shows the setup of a Turing Test:

As you can imagine, this is quite a difficult task for the respondent machine. There are a lot of things going on during a conversation. At the very minimum, the machine needs to be well versed with the following things:

You must be wondering why the human is communicating with a text interface. According to Turing, physical simulation of a person is unnecessary for intelligence. That’s the reason the Turing Test avoids direct physical interaction between the human and the machine.There is another thing called the Total Turing Test that deals with vision and movement. To pass this test, the machine needs to see objects using computer vision and move around using Robotics.

For decades, we have been trying to get the machine to think like a human. In order to make this happen, we need to understand how humans think in the first place. How do we understand the nature of human thinking? One way to do this would be to note down how we respond to things. But this quickly becomes intractable, because there are too many things to note down. Another way to do this is to conduct an experiment based on a predefined format. We develop a certain number of questions to encompass a wide variety of human topics, and then see how people respond to it.

Once we gather enough data, we can create a model to simulate the human process. This model can be used to create software that can think like humans. Of course this is easier said than done! All we care about is the output of the program given a particular input. If the program behaves in a way that matches human behavior, then we can say that humans have a similar thinking mechanism.

The following diagram shows different levels of thinking and how our brain prioritizes things:

Within computer science, there is a field of study called Cognitive Modeling that deals with simulating the human thinking process. It tries to understand how humans solve problems. It takes the mental processes that go into this problem solving process and turns it into a software model. This model can then be used to simulate human behavior.Cognitive modeling is used in a variety of AI applications such as deep learning, expert systems, Natural Language Processing, robotics, and so on.

A lot of research in AI is focused on building rational agents. What exactly is a rational agent? Before that, let us define the word rationality. Rationality refers to doing the right thing in a given circumstance. This needs to be performed in such a way that there is maximum benefit to the entity performing the action. An agent is said to act rationally if, given a set of rules, it takes actions to achieve its goals. It just perceives and acts according to the information that’s available. This system is used a lot in AI to design robots when they are sent to navigate unknown terrains.

How do we define the right thing? The answer is that it depends on the objectives of the agent. The agent is supposed to be intelligent and independent. We want to impart the ability to adapt to new situations. It should understand its environment and then act accordingly to achieve an outcome that is in its best interests. The best interests are dictated by the overall goal it wants to achieve. Let’s see how an input gets converted to action:

How do we define the performance measure for a rational agent? One might say that it is directly proportional to the degree of success. The agent is set up to achieve a particular task, so the performance measure depends on what percentage of that task is complete. But we must think as to what constitutes rationality in its entirety. If it’s just about results, can the agent take any action to get there?

Making the right inferences is definitely a part of being rational, because the agent has to act rationally to achieve its goals. This will help it draw conclusions that can be used successively. What about situations where there are no provably right things to do? There are situations where the agent doesn’t know what to do, but it still has to do something. In this situation, we cannot include the concept of inference to define rational behavior.

The General Problem Solver (GPS) was an AI program proposed by Herbert Simon, J.C. Shaw, and Allen Newell. It was the first useful computer program that came into existence in the AI world. The goal was to make it work as a universal problem-solving machine. Of course there were many software programs that existed before, but these programs performed specific tasks. GPS was the first program that was intended to solve any general problem. GPS was supposed to solve all the problems using the same base algorithm for every problem.

Even though GPS was intended to be a general purpose, it could only solve well-defined problems, such as proving mathematical theorems in geometry and logic. It could also solve word puzzles and play chess. The reason was that these problems could be formalized to a reasonable extent. But in the real world, this quickly becomes intractable because of the number of possible paths you can take. If it tries to brute force a problem by counting the number of walks in a graph, it becomes computationally infeasible.

Solving a problem with GPS

Let’s see how to structure a given problem to solve it using GPS:

An operator takes care of the conditions and everything that affects them. It consists of actions, preconditions, and the changes resulting from taking actions. In this case, the action is giving money to the grocery store. Of course, this is contingent upon you having the money in the first place, which is the precondition. By giving them the money, you are changing your money condition, which will result in you getting the milk.

GPS will work as long as you can frame the problem like we did just now. The constraint is that it uses the search process to perform its job, which is way too computationally complex and time consuming for any meaningful real-world application.